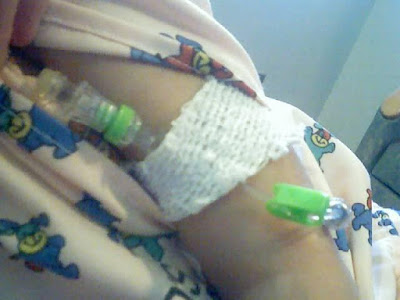 Anyway ... he got his PICC line put in, and he was only sedated. It took him a few hours to completely wake up, but all in all, it turned out very well. It looks so neat and tidy compared to the mess of tape that they put on his hand when he has an IV in.
on January 31, 2007

Well, we never had to come home with his PICC line, but when he was in the hospital I just bathed him by hand in the bathtub and had him keep his arm up. But I will remember that tip. Thanks!