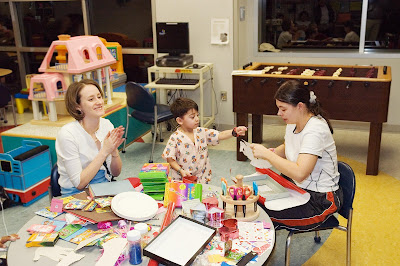 Wow, after being in the hospital for 14 days, it really feels good to be home. Its good to have both of my kids with me finally. When Azer was in the hospital, the doctor started him on MiraLAX. This is a powdered medication and retains water in the stool and keeps them soft. Azer is taking this at home now to make sure he doesn't get constipated again.

At the Children's Medical Center Dallas, they have playrooms that open at different times of the day to let the kids get out of their rooms to have fun and do crafts. One day, a team came with Build-a-Bear things, and all the kids got to make their own stuffed animals. Our local NBC news came in and filmed some of it and Azer was on the news that night giving a kiss to his new horse, whom he named "Horse". The last night we were there, they had a Valentine's day party, and they had all kinds of Valentine's day crafts. Another news station came and filmed that as well. Once again, Azer was on the news!


The picture above was taken by the Children's Hospital staff.
on February 10, 2007