Azer had a CT scan yesterday, and it didn't show any changes from last year. They plan on keeping him on IV antibiotics until his PFTs are back to normal.

Azer ended up with bad itching from his PICC line dressing. They had to change it to a kind with a different type of adhesive. They suspect his body developed an allergy to the usual type because of overuse. 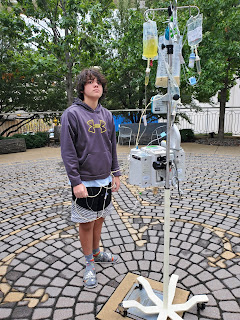 The last time Azer was on the antibiotic Levoquin, he ended up with tendon pain in his wrists. It happened again this time. He told the doctors about it, who told him if it got worse, they'd change it to something else. It got worse, and he really noticed it in PT. They gave him some ibuprofen, but it didn't improve. So today, they switched him to a different antibiotic. It took them a while to get it, as it isn't a common medication. 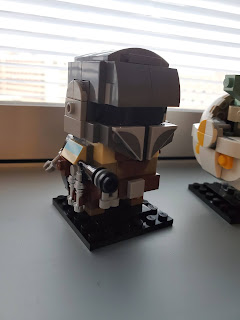 He says he's really been enjoying PT. They have added a lot of exercises, and made it more intense, which he loves. He has been sore after working out, so he knows he's getting effective therapy.
on September 10, 2020