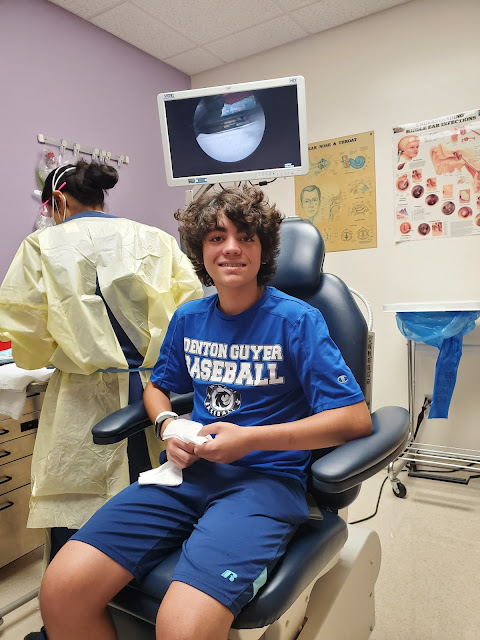 Azer's appointment went very well. He gained more weight, as he's really been working hard at it. The ENT doctor scoped his sinuses, and both sides look well healed. He still had a little bit of the dissolvable packet on the left side which she pulled out. She says he can go from his 4 rinses a day to 2, and that he can start adding steroids back into them several times a week to try to prevent any polyps from growing back. We are hopeful that the Trikafta will keep the mucus thin enough where it won't build up so fast.
on August 13, 2020