PICC Line Is Out & Annual Labs

The two weeks of IV antibiotics at home went smoothly. Azer gained weight over the past week even though he had a few days of not being very hungry. 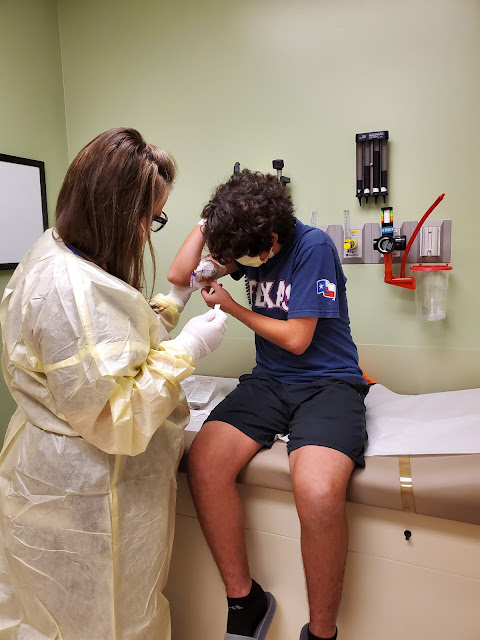 Azer had clinic yesterday to discuss how the course went and how he feels. Overall, he feels like his lungs are very clear, in fact so clear that he feels like he needs to turn down the settings of his vest. Azer said he didn't feel like another week of antibiotics would do much more. He told the doctor he has no interest in restarting the hypertonic saline, as his lungs aren't full of mucus like they used to be. Azer was able to ask the doctor to tell him exactly what she saw from the bronchoscopy. She told him that if she didn't know who she was examining, she wouldn't know that he had CF. That's how healthy his lungs visibly looked. Of course, this is just the main airways that look this good, as the X-ray from the hospital stay still shows bronchiectasis, bronchial wall thickening, and blockage of the small airways. This damage can't be fixed, but the less infections he has, the better off his lungs will be long term. The cultures still aren't showing anything other than MSSA, but he is still having coughing attacks a few times a day. He can't explain what triggers it, and the doctor doesn't really have an explanation. His reflux is well controlled, as long as he doesn't have anything acidic before bedtime. 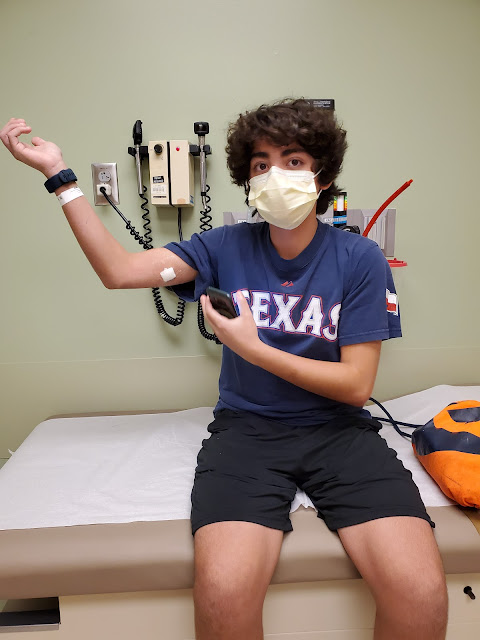 Azer did a PFT at home with a device the clinic has been sending out to patients. The numbers he got at home were very close to the ones he blew in clinic, which shows how accurate the home device can be. This is great for peace of mind, especially when he is doing most of his CF visits using telemed. He was disappointed with his results, but the doctor said that his lungs are probably still recovering from the bronch.
It was time for his annual labs and glucose testing, so we were there for a few hours. All the results look great. The best news was his IGE level, which is the antibodies his body produces to allergens. When it is very high, he usually cultures aspergillus. Even when he isn't culturing any fungus or mold, his IGE is always elevated, which is his normal. Since he started Dupixent a year ago, his IGE has gradually been going down, but still out of the normal range. Yesterday was the first time his has ever been in the normal range!
The process of transitioning from the pediatric clinic to the adult clinic begins very early for a CF child. At a young age, they learn their medication names and what they are for. There are skills that they should learn by a certain age. As Azer is getting closer to transitioning, they had him fill out a form that shows them how competent he is in different areas. They told him that he is ahead of most other 16 year olds in most things, and that the rest will come with experience and time.
on August 07, 2020