Last night it was too late to place a PICC line, so he had an IV placed to start antibiotics. Since he is off of EES, he can now use Levoquin in addition to the other antibiotics to treat the bacteria he usually cultures. Some of the IV antibiotics burn going through the IV, so he was happy to get the PICC line today. 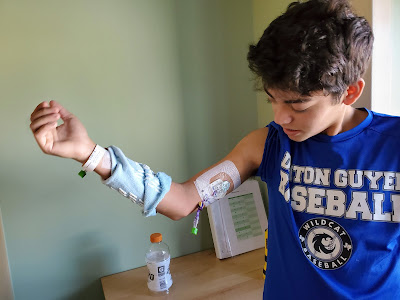 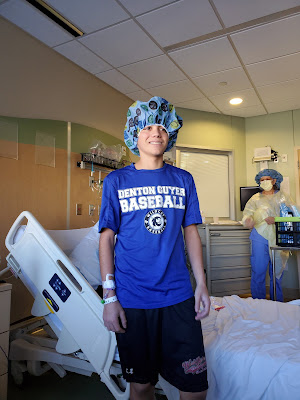 He is still struggling to eat anything. They did an X-ray of his abdomen last night and noticed he might be getting backed up, so they added Miralax again to avoid any blockages. He is also not taking in enough fluids, so he is on constant IV fluids right now. 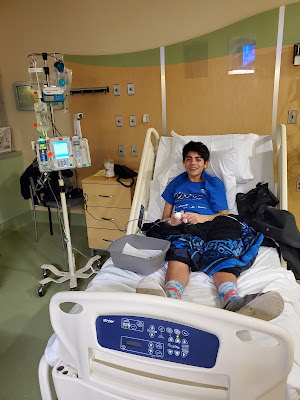 The respiratory therapist changed up his vest settings a bit different, and it seems to be shaking the mucus up. He is also able to use the IPV that he likes so much, since it brings a lot of mucus. 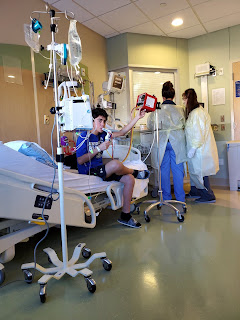 Azer is concerned as baseball tryouts start next  are week.We hoping for good PFTs next week. This is the lowest lung function he has ever had in his life.
on January 04, 2020