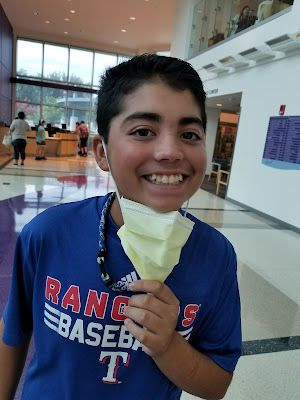 About two weeks ago, Azer seemed to have caught a virus. While the rest of his body recovered, it seemed like his lungs did not. In the evening, he was exhausted, after doing athletics at school and then baseball practice after that. It just felt like his breathing treatments weren't enough. He felt like his lungs were full of mucus, even though he sounded relatively clear when he coughed. His stomach has been full of mucus, which has been making him feel sick to his stomach, and definitely hasn't help his appetite.

We were waiting to see if treatments alone could clear this up, but three days ago, he ended up having shoulder pain when he took deep breaths, or coughed. We knew it was time for a clinic visit.

We were expecting low PFT's but he actually blew higher than he's been this year. He lost a few pounds, but it didn't affect his BMI too much. We saw a new doctor today, who noted that he really hasn't grown much in height this year, and hasn't grown at all since his last clinic visit. Azer will have a growth hormone stint next week and hopefully we will have some answers.

The doctor listened to him, and he sounded perfectly clear. He does have nasal drainage, so she wants us to go back to doing nasal rinses at least twice a day. Hopefully that will stop some of the mucus from ending up in his stomach and lungs. 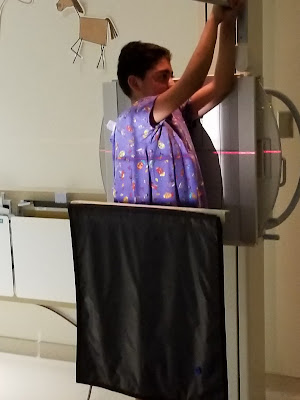 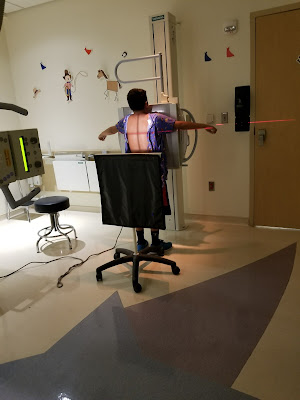 Azer had two X-ray's today. One for his lungs, and another for his shoulder to see if the pain was possibly coming from an injury. It showed that his shoulder was fine, but that there is worsening in the areas of the lungs that have had consistent mucus plugging over the past few years. It also still shows bronchial wall thickening and bronchiectasis. If you watched this kid play baseball, you'd never believe his lungs looked like anything besides normal. 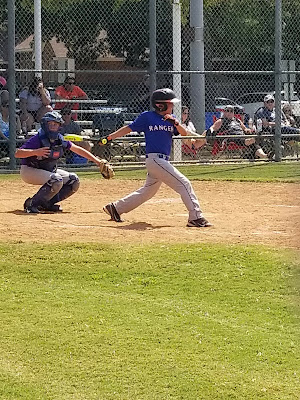 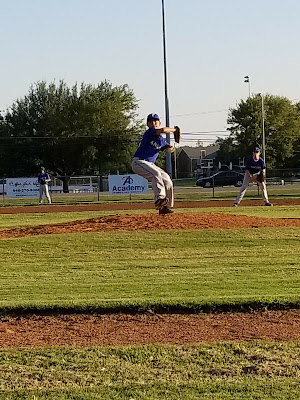 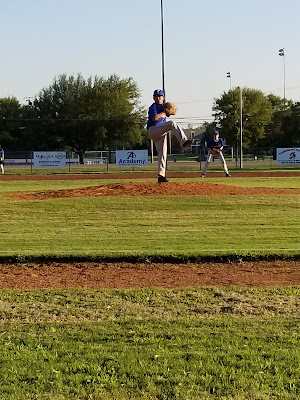 He will be on oral antibiotics for two weeks. They took a mucus sample as well has a swab from his nose to check for viruses. He ended up having a nose bleed from the swab, for some reason. If the culture shows Pseudomonas, we will be back on Tobi in addition to the oral antibiotics.

Update: The virus test came back as negative, still waiting on the results from the lung culture.
on September 12, 2017