Yesterday was another follow up with ENT. It was mainly to see if the inflammation from the last visit had gotten any better. Azer has been doing a sinus rinse twice a day, followed by a drop of Pulmicort in each nostril.

Again, before they could scope him, they squirted a numbing medicine, which was Lidocaine mixed with something else. We requested they bring in some apple juice to sip after, since that medication tastes awful.

It wasn't as inflamed as last time, so the doctor didn't have such a difficult time going in. He removed some thick mucus. Unfortunately, there were a few more new polyps that grew since last month. The doctor had told us before, and reminded us again, that this will just be an ongoing thing for Azer. Whenever Azer experiences headaches caused by the polyps blocking his sinus passages, or loses his sense of smell again, he can go ahead and have another surgery to have them removed. This is merely an effort to improve his quality of life.

I asked the ENT doctor if we should continue to do Pulmozyme through the mask to loosen any mucus up in his sinuses. He told us that is a question left up to the Pulmonologist, but felt like it would be more effective on the mucus in his lungs, and the best way to clear out the mucus in his sinuses is with the nasal rinses.

We will continue with follow up appointments with ENT to monitor the inflammation and the growing family of polyps! 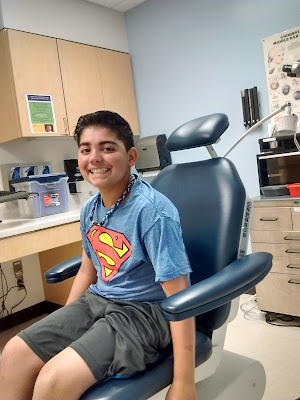 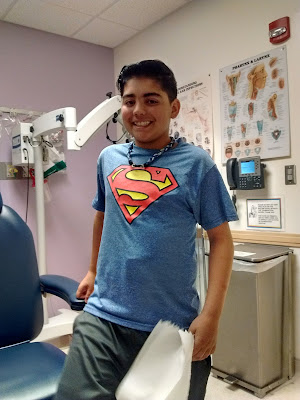