We had the Gastric Emptying study today. We won't know the results until radiology takes a look at the pictures.

He had to be fasting for 4 hours before the procedure, so he ended up having to sit through lunch at school.

The ceiling in the room was pretty cool to look at. 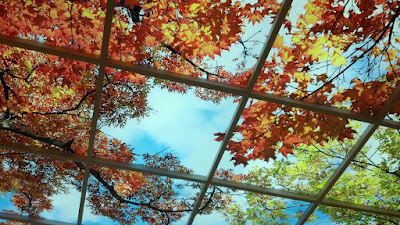 We were told to bring something he would eat fast, such as pudding, yogurt or applesauce. He chose applesauce. (I find this funny because if you're a CF mom, we have fed our kids more applesauce than anybody knows! You'd think he'd be sick of it lol) They mixed some radioactive liquid with it, which is thankfully tasteless. He had five minutes to eat it. 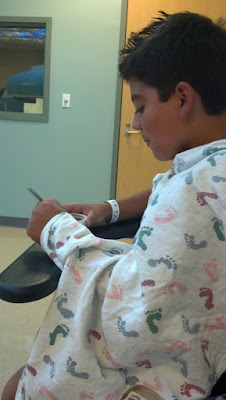 He then had to lie still for an hour while they scanned his stomach. We got to watch the Lego movie... again! 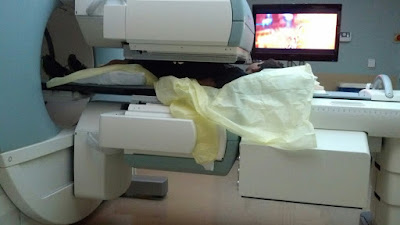 He had to cough several times during the scan, but they said it didn't affect it that much since it's quick motion.