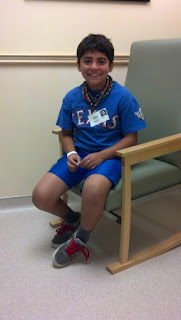 Our GI doctor wanted to do an endoscopy on Azer in addition to the gastric emptying he had a few weeks ago. This was to see if there are any visual reasons why he is having so many issues with vomiting and reflux. 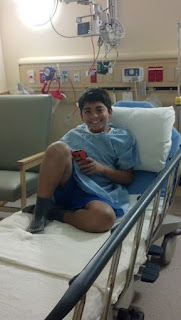 He was very calm and relaxed about it. When the anesthesiologist came in, they asked Azer if he wanted any Versed. Azer said he was fine without it, so they took him to the surgical room and started him out on gas (it was supposed to smell like bubble gum, but he said it didn't smell that great lol)

The procedure only lasted about 30 minutes. The GI doctor told me that he looked like he had irritation to his stomach. She took small biopsies of his stomach and small intestines to see if there were any issues she couldn't see with just the camera. She also put a new G-button in, as the old one had lost a lot of water, and also put a longer button in, as his old size was fitting kind of tight. 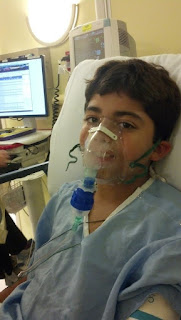 He's had a cough for about a week, but nothing serious enough to hold back the procedure. When he woke up, he kind of gave the nurses a bit of a scare, as he couldn't stop coughing. They had to do several treatments of a Xopenex. It seemed to help him breathe better. 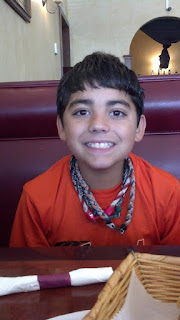 When they were confident that he could breathe fine, we were allowed to leave! He was kind of woozy the rest of the evening, but he was able to hold down a little food, and tolerated his night feed just fine. Oh, and also he weighed in at 89.9 lbs yesterday! Lets just hope he starts growing on his own now!