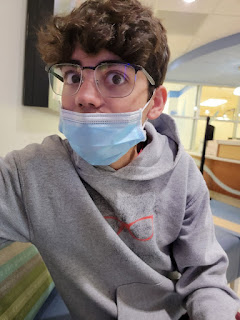 After Azer finished the antibiotics that his pulmonologist prescribed, he started to get worse. He is frustrated as he has to keep calling into work because he feels too bad to complete a shift. He has been dizzy when he stands up. His oxygen is a little lower than normal. He feels chilled everyday but hasn't had any fevers. He told clinic he needs to be admitted, as this cycle has been going on for too long. He says he will be debating the plan to get a port, as he says he isn't quitting his job, school and summer baseball and that they need to figure out another way to treat this. Hopefully they won't have trouble putting the PICC in!
on April 27, 2021