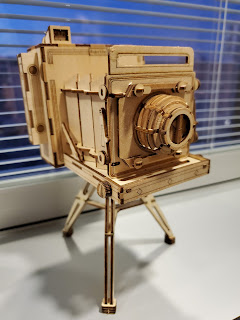 As with the last 5 hospitalizations, Azer has been putting on weight again, despite still having stomach pain and no appetite. He has been eating a very small amount at night, and just his G-tube feeds overnight and throughout the morning. The doctors said that the reason he gains weight whenever he's on IV's is because his body isn't working so hard to fight the infection in his lungs. They changed one of his IV antibiotics to a different one to better treat his MSSA. They are avoiding the antibiotic that gave him joint pain last time.

His main pulmonologist has been working hard trying to figure this all out. She feels like the Infectious Disease doctors might be correct in believing that the MSSA he's been culturing is just overgrowing rapidly whenever the IV antibiotics are stopped. The ID doctors feel like treating it long term might be a good idea. Their plan is to treat it orally over several months. His pulmonologist is trying everything first before we have to resort to the port, as putting in a port will limit his opportunities to be athletic and play baseball. Treating the staph over a long period of time could potentially give other bacteria a chance to grow.

The culture from clinic only showed MSSA, but the one they ran from after he was admitted showed possible NTM (non-tuberculosis mycobacterium). It takes weeks to identify what strain of this bacteria might be growing.

The bone age scan came back, and it shows that Azer's growth plates are almost fused. His Endocrinologist said that he needs to stop his growth hormone injections, as he isn't expected to grow much more, and won't benefit from them at this point. It is a little disappointing that he won't be much taller than he is now.

This has all taken a toll on us, both mentally and emotionally. We are all weary from this long year of constant hospitalizations and the worry of needing long term IVs. The good news is he should be home in time for Christmas.