Azer is feeling a little bit better today. He has gone to PT twice so far, and he feels like that is making a difference. His oxygen was stable last night, so they are only spot checking it today. The antibiotics are making his appetite pretty poor. His cultured showed rare growth of some type of fungus, so he's probably not going it, but the cultures are still pending. His IGE is again at an all time low, and is within the normal range for someone who doesn't have CF. We are definitely not comfortable with going home on IVs at this point, not knowing what is going on. 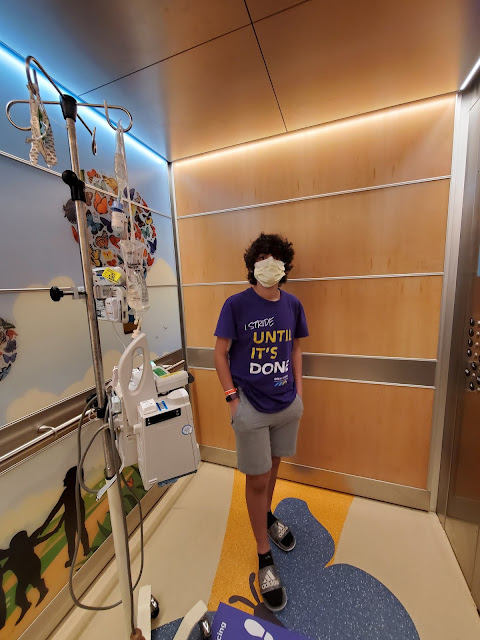 Azer had a video appointment with his psychiatrist today. He has had a very difficult time with any stimulant he has tried for his ADHD. It seems to cause a cough, excessive sweating and an upset stomach. The psychiatrist prescribed a non-stimulant, but he hasn't had a chance to start it yet, because he got admitted. She was able to video chat with the doctor in his room, and ask that he could be started on it while he's in the hospital, since he still needs to stay up to date with his schoolwork. 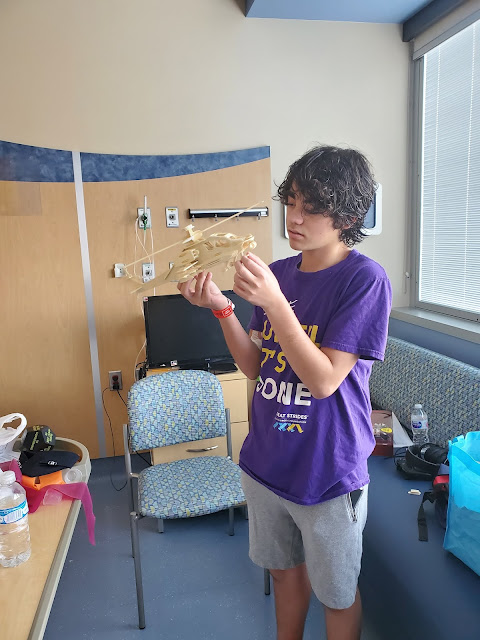 Schooling online has been difficult, as he is often too busy with treatments to check in at the scheduled time. After calls with about 4 different high school staff, it sounds like he will be counted absent until the end of the semester, when they can officially enter the paperwork from the hospital.