Thursday, Azer's PFT results was three points higher than Monday. He was expecting it to be higher, but the weather has been warm and humid, and he figured he's being affected by allergies. His lungs have been sounding pretty clear, and he isn't coughing up very much now. He can laugh without being doubled over in a coughing fit. The doctors were surprised at how fast his lung function went up after only a few days on antibiotics.

Since they stopped the Miralax, he's been going less times a day, but still lose. They did a stool viral panel, and it was clear. They are running a test to see how well his enzymes are working  He still is having no appetite after increasing his Periactin dose. The GI doctor had suggested trying Remeron a while ago, and did an EKG, but at the time, Azer's appetite came back before we started it. They suggested trying it out this time, so they redid the EKG which was normal. So far he hasn't seen any increased appetite, but Azer is pretty sure his lack of appetite is from his ADHD medication. His BMI is still around 50%, and the 6 cans of day of formula is keeping his weight stable, so they aren't too concerned. 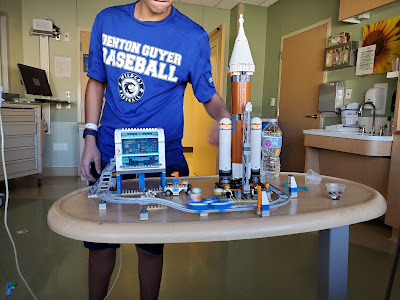 They decided that he is doing so well, he can go home today, and to just to a week on oral antibiotics. It is unusual for him to have his PICC line taken out before even one dressing change! Both Azer and I asked the staff again if they could ask our main CF doctor if this plan is ok with her, just because this is not normal for him. 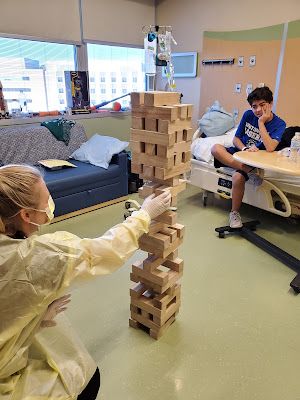 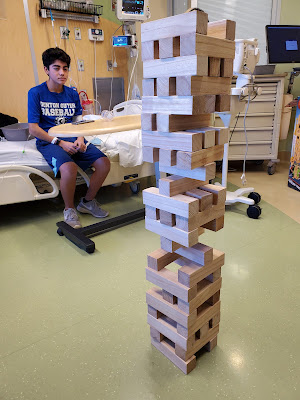 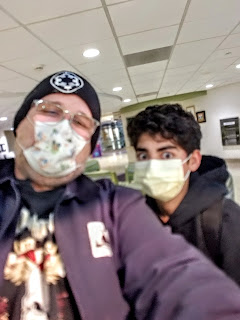 Azer is very happy with how good he is feeling and how quickly it was for him to recover from this illness, especially for how bad he was feeling for several months. He is ready for baseball season!
on January 10, 2020