Azer had a very hard time doing a PFT test. He was refluxing and nearly vomited several times. Thankfully, the technician was very patient with him and let Azer blow when he was ready. He is, not surprisingly, about 10% lower than normal.

They switched him to a different antibiotic so that he can go back on the erythromycin. He was practically begging for it earlier.

His cough sounds pretty wet, and his x-ray showed some mucus plugging, which is probably why CPT hurts so much right now. Hopefully it will clear up soon, but we are very happy to be discharged!! 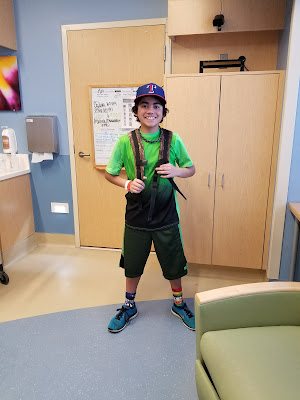 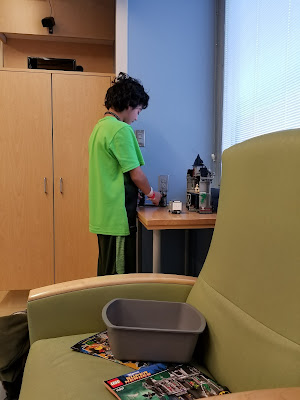