Our appointment today started out with a visit from the psychiatrist's assistant. She had several surveys for us as parents to fill out, and several similar surveys for Azer to fill out. She also did a verbal survey with Azer over the how he felt about his treatments, and how much annoyance they caused in his life. The surveys we took had to do with our family dynamic, how we function as a family, and how we cope with problems together. They are using these for research purposes. Just a good mental note to make, that not all CF research has to do with pills or medications!

Today, Azer's weight is stable. His height is still on the 10th percentile, so the doctor said she would talk to the endocrinologist again and see if growth hormones would help since he has already started puberty.

A few months ago, Azer had his teenage well visit with his pediatrician. She was very concerned with how much weight he had gained over the year, and put in an order to have his cholesterol tested. I mentioned this to the CF doctor today, who essentially said that if the pediatrician had even read the notes in the system, she would realize he is being followed closely by a whole team of doctors regarding his growth and weight. She said it would be very unlikely that any person with CF would have high cholesterol due to diet. She reminded Azer that the general goal is for his weight to be 50% percentile or better as research has shown this helps lung health. She also said that if as a doctor, if she only focused on the numbers, and treated a patient by what the numbers said (pft's, weight, etc.) the quality of the life of the patient might not be so great.

His lungs sounded completely clear, with no crackles and his PFT's were at 93%. He still has nasal drainage and has been complaining of a bad odor he smells when he breathes out. This hopefully will be resolved when the ENT doctor removes the splints stitched in his nose.

Since his sense of smell has returned (yay!), Azer's appetite has been improved. He has been showing a lot more interest in food, and has been enjoying the smells of foods being cooked. So, I believe the polyps removal and the reconstruction of his septum has been a big improvement for his quality of life. 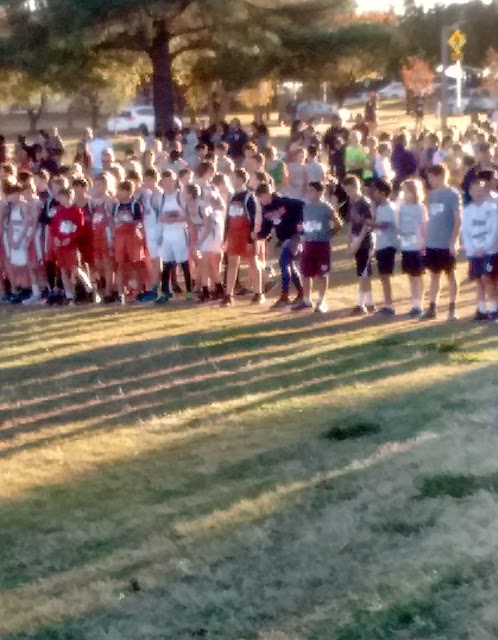 Azer recently competed in cross-country with his school and did fantastic. Although he wasn't first, I reminded him he outran a whole bunch of boys that don't have Cystic Fibrosis!
on January 05, 2017