So, Azer's sense of smell has still not returned. He says he can only smell Axe spray, and sometimes unpleasant odors. We were finally able to get an appointment with ENT. Our CF nurse ended up having to contact the manager of the ENT clinic after repeated requests for a consult.

When we met with the ENT doctor, he said usually his first step with sinus issues is to put the patient on an antibiotic. I asked if he could ask our CF doctors about it first, since Azer hasn't needed antibiotics for quite a while now. He agreed, and later on in our conversation, he decided that it probably wouldn't improve his sense of smell. We were sent down to get a CT scan about an hour later. The doctor told us he would compare the scan from today with CT scans Azer has had in the past: one in 2013, and one last year. 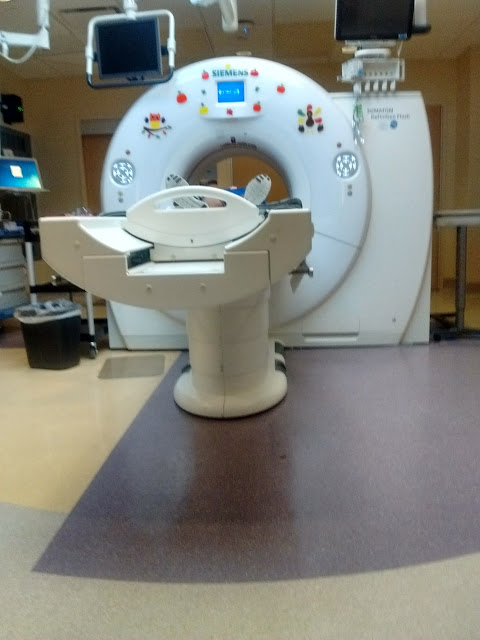 So, the doctor called this afternoon, and the CT scan from today was significantly worse than it was previously. He said it can be difficult to discern polyps on the scan, but he could make out definitive polyps and they are blocking quite a bit of his sinuses, especially on the right side. The doctor said the best thing that could be done to improve Azer's quality of life is to have sinus surgery to remove the polyps and to open up the sinuses. He said that it should improve his sense of smell, but it may never be quite as it was before. He also mentioned that this should be considered like "mowing the lawn"; that the polyps will return, and Azer will need periodic surgery to remove them. The doctor said usually the patient can go home the same day, but he will be coordinating admission with the CF clinic, to decide how long they want him admitted, and whether he will be on antibiotics during his stay.