The endocrinology appointment went pretty fast. We talked about some of the concerns over him gaining weight, but not growing in height. We reviewed the GI medications he's on. I was also able to ask about the bone density test he had a few months ago. It was on the lower end in the range of acceptable. She did a physical exam, and concluded that based on her observation, his hormones are likely normal. Just in case, we were sent down for X-rays and labs. 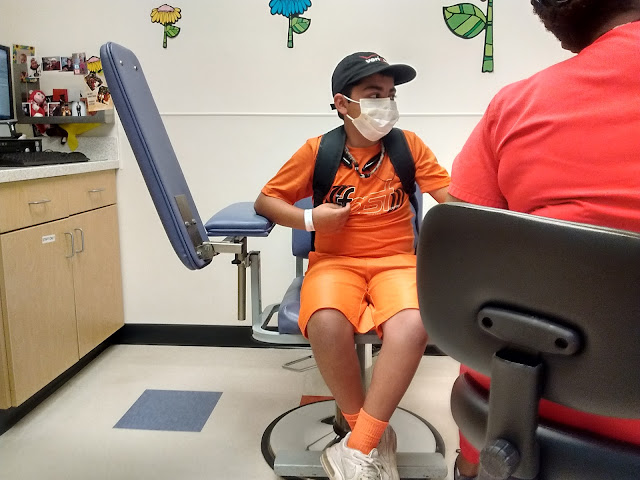 She tested for many different hormones that help growth and puberty. 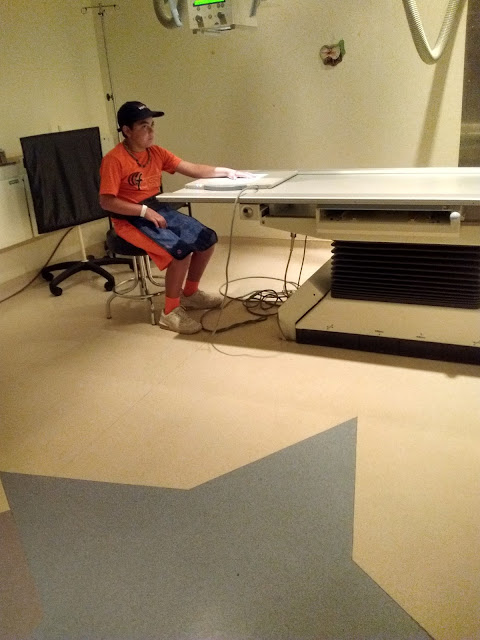 In X-ray, he had a Bone Age scan, which looks at how his bone age matches up with his actual age. The result was it was about two deviations from his actual age, which apparently is still within the normal range.

All of his hormones came back as normal for his age and stage in puberty. She noted where he was on the growth chart, and it looks like his height is finally starting to creep upwards. She said if he continues to follow this trend, he should reach his genetic height without the need for growth hormones. 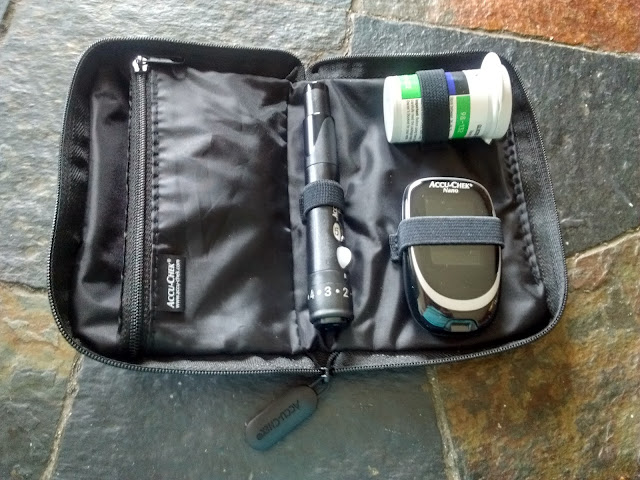 They also did a random glucose test. In the past, his fasting glucose has been normal, but his random glucose tests have been a little high. So, for the next month, they want us to test his blood sugar twice a day, twice a week. This seems so sudden. Luckily, I was able to go back to the clinic and get hands on instructions from one of the awesome nurses there. They told me to let them know right away if his blood sugar is too high. I am hoping he doesn't have CFRD, but if he does, I am grateful that we have the opportunity to treat it soon. At the same time, every time something new is added, it always feels like a huge burden for a while until we get used to it. So, I am still hoping this is only for a month!
on May 26, 2016