The antibiotic called Bactrim, that Azer has been on has been making him vomit, usually once a day. Last week, he vomited so hard, his nose started to bleed. Last night, we started the antibiotic Cipro. The Bactrim had to be given three times a day, the Cipro twice a day, so he ended up having to take them at the same time this morning. On our way to his baseball tournament, he threw up everything, formula, antacids, antibiotics... I knew this wasn't going to work.

So, I called the on-call doctor, and they are taking him off the Bactrim and Cipro, and putting him on Levaquin. The doctor said it treats all the of bacteria he is culturing including the Pseudomonas, which is awesome. I am glad he only needs to be on one oral antibiotic.

Azer did say that the inhaled Tobi is making him feel a little icky, like the beginning of a cold feeling. Hopefully that feeling won't last through the whole month. 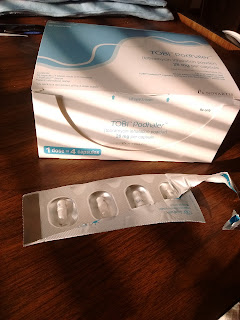 So, basically, the Tobi Podhaler has these four capsules. He has to inhale 4 of them twice a day.

The little device in his hand pierces the capsule and then he has to inhale the powder (weird right) and hold it for 5 seconds. He says the urge to cough it out immediately makes it hard to hold his breath, but he manages. 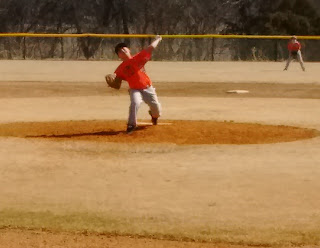 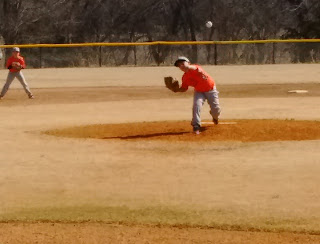 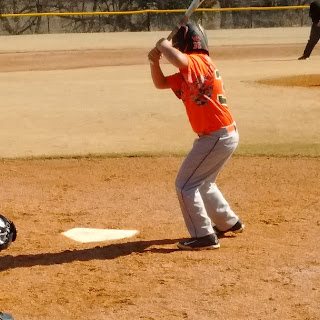 He did great pitching today, and pitched into the 4th inning!
on February 13, 2016