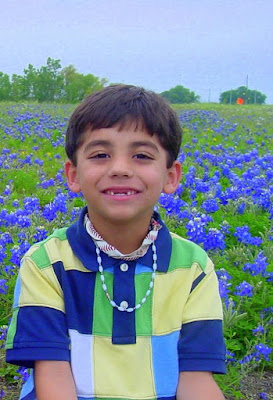 The nurse called yesterday to let me know what had shown up on the throat culture from last week. There was no Pseudomonas on it, or MRSA. Just Staph. She said just because that it didn't show up on the culture doesn't mean that it doesn't exist in his lungs anymore. That some of the bacteria can be deeper in the lungs. But, they don't really treat it unless he is having symptoms.

Azer was coughing a lot yesterday for some reason. Not a wet cough, just a dry, hacking type of cough. I haven't really heard him cough today since he's been home from school, so I'm not sure why that happened.

The kids had fun today playing at the park until late into the evening. Azer was tired by the time he was done with dinner. He asked me if he really had to do his evening breathing treatments. I told him if we don't keep his lungs healthy now, they might not be healthy for very long. I hate to be blunt with him, but sometimes I don't know any other way to put it.

He still is not eating a whole lot of food, but is still drinking his milkshakes. I keep thinking about how he is 47% in BMI and how amazing that number is. I just want so badly to keep it that way.
on April 29, 2010

Glad to hear that the cultures didn't grow Pseudomonas...yes, it's true it could still be living down there in the lungs...but if it's not being active and not causing any major infections...that is awesome! And congrats on the awesome BMI number....I'll be praying he can keep it that way for a long time! Hope he feels better too and the little cough is nothing to be too concerned about!