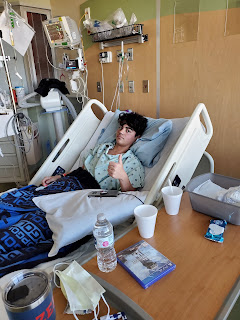 Azer is doing ok today. He is very sore, especially where the incisions are. They are keeping his G-tube venting to relieve some pain in his stomach. They are trying to switch him over to oral pain medications from IV medication, but his pain levels are still high. He isn't using the vest yet during breathing treatments, but he was able to walk around a lot more than yesterday. They are restarting his Hypertonic saline.
He had to wait a while to try out some soft foods. They had to clear it with the speech therapist first before he could have anything beyond ice chips. He isn't very hungry, even though a lot of things mentally sound good. His G-tube feeds seem to be causing pain, but he was actually able to eat some mac and cheese this morning.
Overall, he's doing a lot better than yesterday, even though he's still in quite a bit of pain. 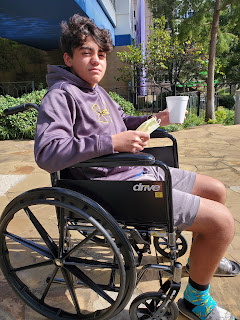