One of the requirements we had to meet before starting growth hormones was to get a brain MRI to make sure there isn't a tumor on Azer's pituitary gland.

It was a day where is lungs sounded a bit junky. Luckily, he was able to lay still for the majority of the scan, and they allowed him to cough in between the frequency scans. I was able to sit near him where he could see me, to try to relieve the claustrophobic feeling. When it was over, he sat up and he said he felt dizzy. The technician said this was from the magnetic field from the MRI. The feeling passed quickly.

We had a meeting a few hours later, so there as no point in driving home. To help pass the time, Azer decided to stand near the glass windows where you can see people on the lower floors, and "dab". He was seriously delighted when a man dabbed back! 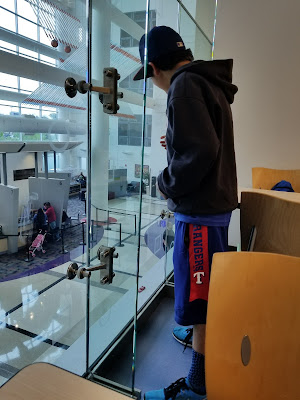 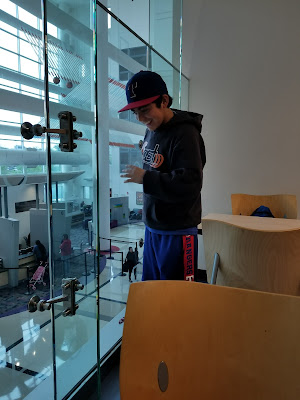 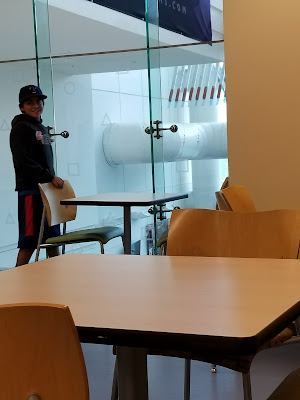 The results of the MRI came in, and the doctor reviewed it. It shows that his pituitary gland is smaller than normal. The doctor isn't concerned about this (we have questions), and has given the go-ahead for growth hormones, pending insurance approval!