Well, since we knew this admission was coming, we made the most of the time we had after school got out. We swam to our hearts content, and he played one more baseball game Thursday. He is missing a tournament this weekend, but hopefully he will be done with IV's before his World Series tournament in a few weeks. 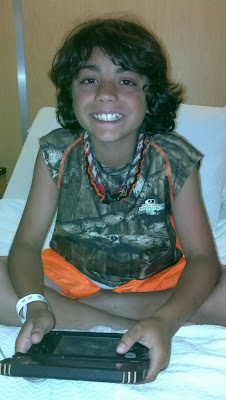 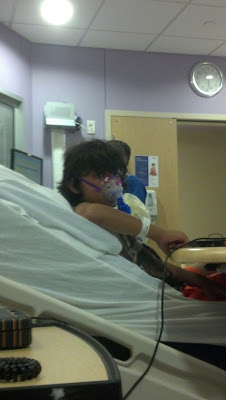 We got here late last night. It always seems to take a while before a bed is ready (popular place lol). He got an IV last night, and has been NPO since midnight. We are hoping to get a PICC line placed soon so he has use of both hands. He can't play his Nintendo very well with only one hand. He is hungry since he hasn't gotten his morning feed. He is on IV fluids since he can't drink anything either. 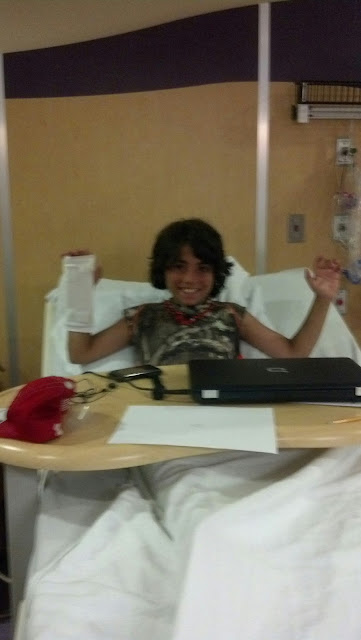 So, they have increased his antacid medicine to see if that will make any difference. They are planning to do a CT scan of his sinuses before we go home. He only cultured sensitive Staph, but they are going to temporarily treat for Pseudomonas as well just in case it's lurking somewhere in his lungs.  He is getting two strong antibiotics through his IV right now. Apparently, his IV was burning last night, but seems to be alright this morning. I hope it holds up before he gets his PICC line.
on June 06, 2015