When Azer was on the Voriconizole (antifungal medication) he had cracked and bleeding lips for nearly a month, and also his very first sunburn. The sensitivity to sunlight was so bad, that even sunscreen didn't help. The nurses were pleased to see his face and lips had healed completely. Where he had a sunburn on his cheeks, he now has freckles. He is on a pretty low dosage of steroids now, and his appetite is slowly going away too, unfortunately. Thankfully, he gained a few pounds.

We saw a different doctor today, but both Azer and I really enjoyed him. He explained a lot of things to Azer, and talked to him on his level. He also commented how smart Azer was when he asked him a few questions about his G-tube and what would he do if it ever fell out.

His lung function was great, and he sounded pretty clear. His X-ray from October still showed some mucus in spots. During the time when the doctor was explaining the chest X-ray to Azer, he explained what bronchiectasis was to Azer in a way I had never heard it, and it was just a bit frightening. He brought up a CT scan that was done on Azer's lungs last year. He explained bronchiectasis is when the bronchi get damaged and floppy, and they also get holes in them. He showed us the tiny holes that you can apparently only see on the CT scan.

Another area of concern was Azer's growth. I hadn't really paid attention to his height as much as his weight, but that is usually how the information is presented to me during clinic. The doctor pointed out to Azer that he used to be around 25th percentile in height, but now he is below 10th percentile and really tried to make a point to tell him that he has got to eat in order to grow.

To know that his lungs have tiny holes and that he has scarring that damage that will never go away is a let down, but I know I have to trust God in this and work harder than ever at keeping his lungs clear. 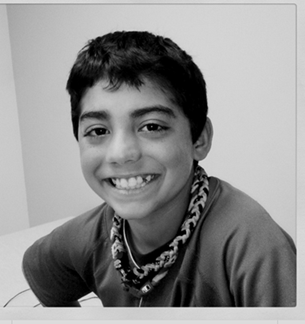