About 2 weeks before our CF appointment, Azer started to get a congested cough. No matter how much CPT I did on him, I just couldn't get all the mucus out (I always do CPT in addition to the Vest when he's sick. He has never coughed anything out during the Vest). With the stethoscope, he had diminished airflow in the lower lobes. So, the doctor prescribed the antibiotic Cipro for 14 days. Within a few days, his cough sounded dry again.

His oxygen was 100%. On his PFT, the highest he got was 93% Fev1 but the respiratory technician said that she could see he had a mucus plug. The doctor wants us to do Pulmozyme and Hyper-Sal twice a day instead of just once a day to clear up any remaining mucus. He hasn't gained any weight, but the doctor said that it tends to be hard to gain weight in the summer, especially how active he is. 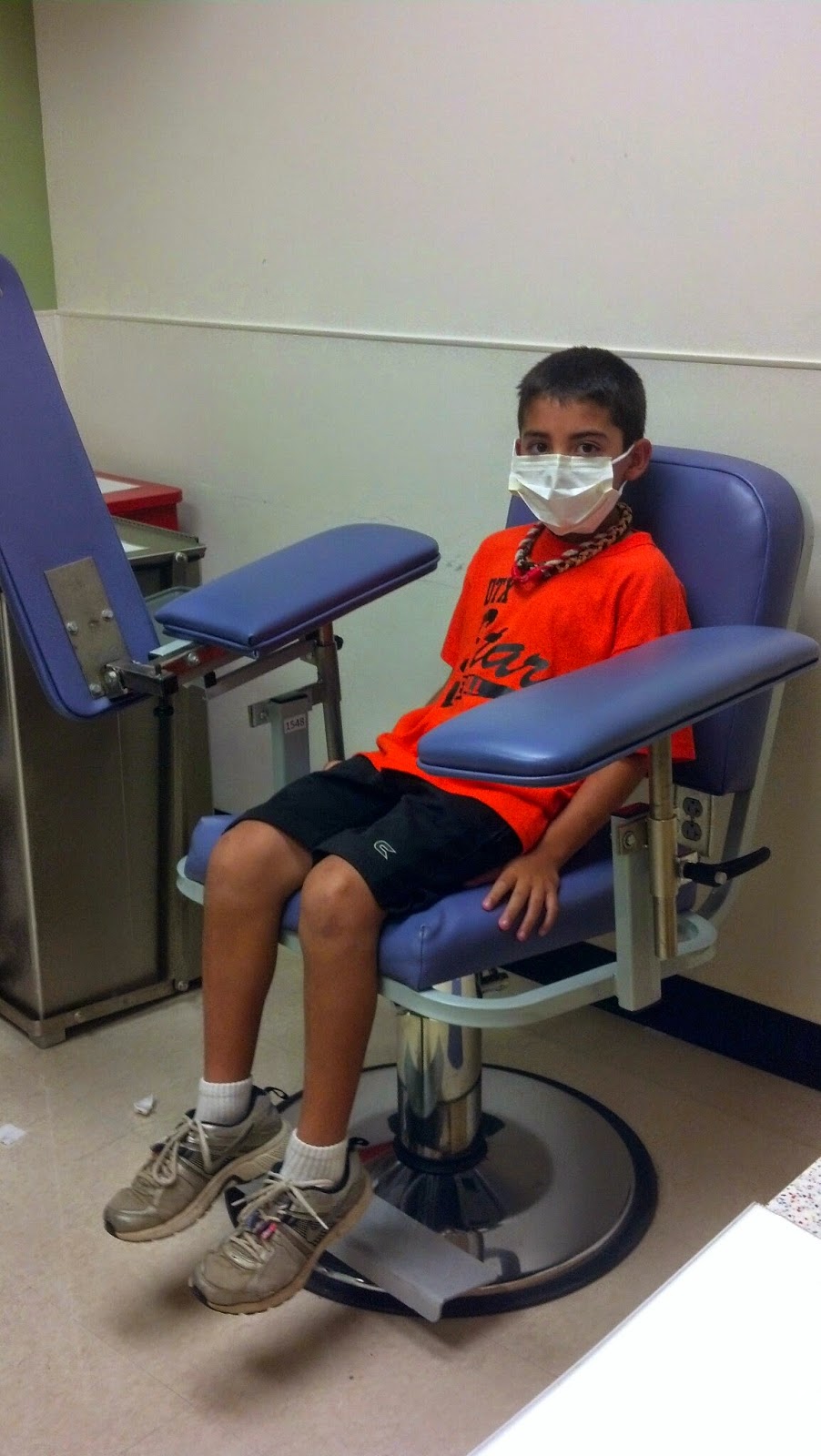 It was time for annual X-rays and labs! 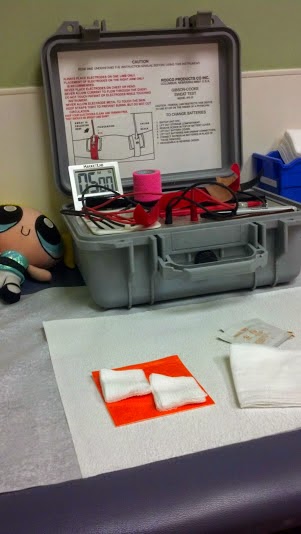 This machine was set up in the room where they drew his blood (it wasn't set up for him). I haven't seen it in 10 years. It is used to collect sweat to diagnose Cystic Fibrosis using electrodes.
on July 30, 2014