Yesterday, Azer had his first fasting and glucose test. I learned that they start doing these annually after they turn 10 years old. He wasn't the happiest about having to fast all night and not getting his morning feed. However, his blood sugar was completely normal fasting. They then had him drink a very sugary liquid, and then tested his blood two hours later, and again it was normal.

He was down about two pounds yesterday. The dietitian was kind of concerned, but I really think it had something to do with not getting his night and morning feed. He tends to hold a lot of liquid in his stomach. On the plus side, as of late, he actually has had an appetite. That is going from having nearly no appetite, ever. The only exception to that is when he is on Prednisone, which nobody wants.

He scored 94% Fev1 on his PFT's yesterday. He had great air intake, despite having a mildly wet cough. The doctor said he sounded very clear. As usual, the doctor said he has the cleanest G-tube stoma he has ever seen. That's always funny because he keeps his button so clean, but it is a constant struggle to keep his room clean. Boys are strange I guess!

After clinic, we had our obligatory lunch together. Azer chose Subway. The kid ate nearly an entire foot long meatball sub. Very impressive! 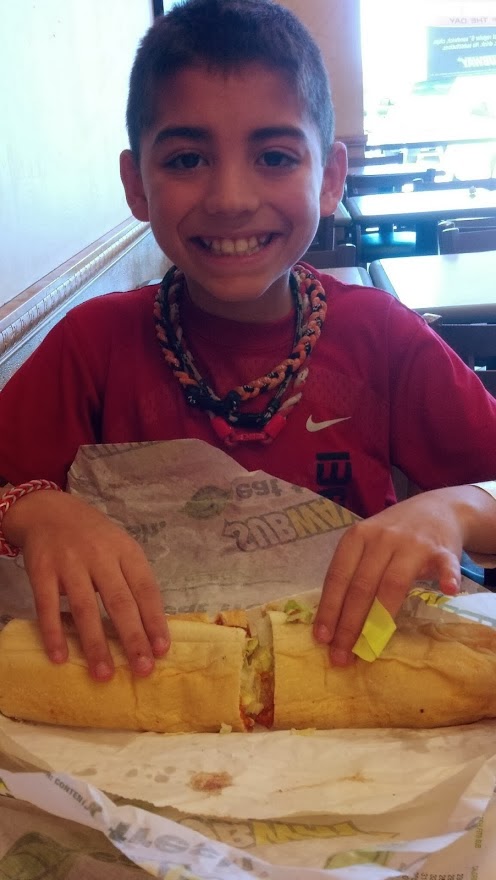 After which, he was very energetic. So, yay for a good clinic day! 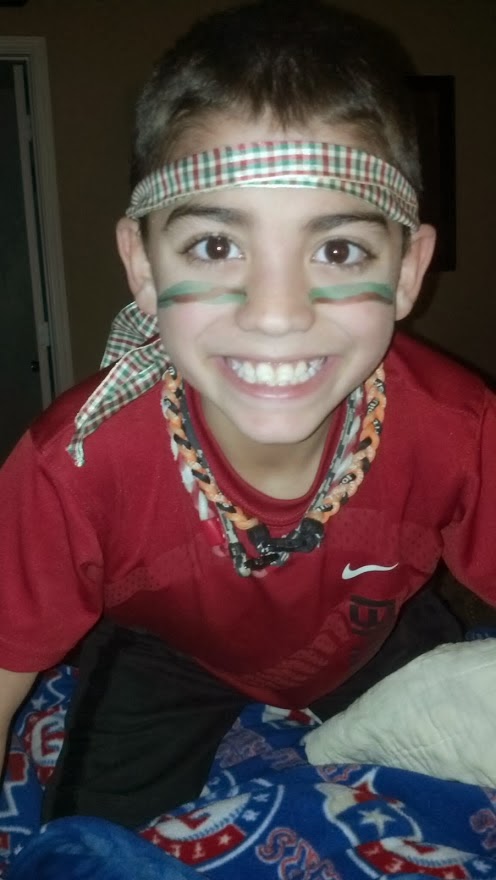