You know .. I should just put a big red banner above the blog that says, "Warning ... the following blog goes into detail describing bowel movements. Proceed with caution."

Alrighty ... well, it looks like stopping the heavy whipping cream and the Flagyl are working out wonderfully. He is back to only pooing once a day, and the stools are looking more formed, and less "floaty". His stomach is looking less bloated. It seems he is maintaining the weight he has so far.

Last night, his team won the game! They had extended the game because it was at a tie. Azer was up to bat last, we had two kids on base. Azer hit a double, so we got the two extra runs we needed. 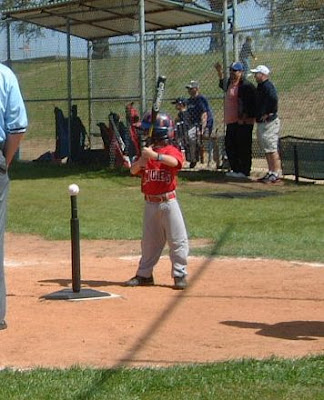