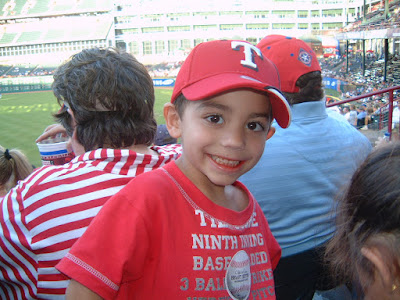 Well, the past few months, Azer's appetite has dwindled to nearly nothing. He has been taking his supplements and Carnation Instant Breakfast (yuck!) very well. I was very scared that he was loosing weight. Its been very discouraging seeing him just chew and chew.


I asked the dietitian if it was possible to switch appetites between our children. Reema eats us out of house and home.

So, we went to clinic today and it was very surprising that Azer gained weight. I was doubtful when the psychologist and dietitian came in. They had a few ideas that we could try, but I was feeling very frustrated and hopeless after they left.

So, our primary CF doctor came in, I suppose he could see how I felt, as it was written all over my face. He sat on the exam table for a good while, more than a half an hour, and looked in my eyes and told me that I am doing such a good job as a parent. He said Azer looks healthy, and happy. He said that no matter what we have done in the past, his weight and growth has been steady. He said not to feel like we haven't done enough. He said even he couldn't get Azer to eat if he tried.

I've never had a doctor tell me that we have been doing a good job. Doc even said that he didn't know how he would do it if he had a CF child. He gave me such hope and peace today. I feel like I don't have to worry if Azer doesn't eat. Because if he doesn't eat, its not the end of the world. He even gave Azer hope that he'll play for the Texas Rangers someday!
on August 07, 2008

Hi, we have an almost three year old with CF. I sooo understand how those encouraging words from our docs really help. It's such a tough job being a parent, let a lone a kiddo with CF. From what I can see, it looks like you're doing a fantastic job. He looks incredibly healthy! Take care. Elise