Azer recently got a letter from a CF Organization that provides grants towards recreational activities. They had a set of questions that they sent along to be answered by the CF child. I think some of the questions applied to older children, but I asked him in a way he would understand.

He felt like he had to stop doing things he enjoys to do treatments, and he feels pressured at meals to eat.

He gave me an answer to one question that I did not expect. The question was if he enjoys eating. And he said no, not at all. He said he only enjoys the taste of food, but not the actual eating experience. 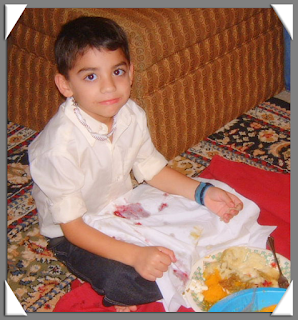 Another question was answered unexpectedly. The question was if he had trouble breathing. He said not usually, but he said he was worried about the cold weather coming. He said he has a difficult time breathing outside during cold weather, and that he was worried he wouldn't be able to run around with other kids during recess in the next few months.

While I am not one to let pity take over the situation, I feel a bit taken back by how he feels CF is affecting him.

If anyone is interested in applying for the recreational grant, it is called the Cystic Fibrosis Lifestyle Foundation. Their email address is: info@cflf.org
http://www.CFLF.org
on November 28, 2009 2 comments:

I pledge Allegiance to the Flag, 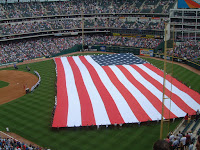 of the United Steaks of America. 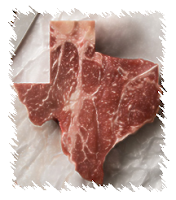 And to the public, which it stands 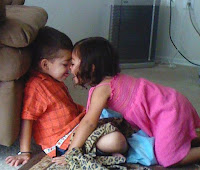 All Nations Under God 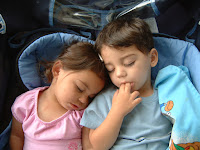 With Liberty, Justice, for all.

Azer: "That means we all get the same stuff and we're all treated the same way."
Me: "Is that right?"
Azer: "Yeah, but I don't think Reema has got the idea yet. Look what she drew."
Me: "I think she's pretty close, though. Reema, is that what you think Liberty and Justice means? "
Reema: "Yep!" 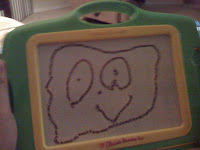 The Happy Flag, by Reema